Who took the bribes?
FIFA and the ISL

News on FIFA and the ISL

In 2008 it was revealed that the ISL/ISMM-group - former marketing partner of FIFA, IOC and many other Olympic world federations - had paid at least 138 million Swiss francs to senior officials to secure broadcasting contracts worth several billion US-Dollars. The names of the people involved were not revealed.

See The ISL bribery system. Presentation by Jens Weinreich at Play the Game 2009

In July 2012, the highest judicial authority in Switzerland, The Federal Court, decided that the public has the right to know the so-called ISL dossier and the names of some of those individuals who benefited from the biggest corruption scheme known in sport so far.

The dossier revealed the names of a number of top FIFa officials, who had received bribes and also that the total value of the bribes paid by the ISL company to sports officials in return for broadcasting and marketing rights were much higher than presumed. The total value rose yesterday from 140 million Swiss Franc to 160 million in the years 1989-2001 – even by the exchange rates of the past it now sums up to over 100 million euro.

In April 2013, FIFA's Ethics Committee concluded its investigation into the ISL case

Read more news on FIFA and the ISL case 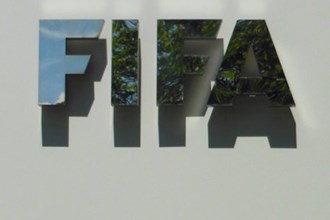 In newspaper articles, FIFA  complained its answers had been misrepresented by investigative reporter Andrew Jennings in his 2006 book 'Foul'.

Play the Game asked FIFA president Sepp Blatter to answer seven key questions raised by the book and have the answers published unedited on Play the Game’s website.

Read the letter to FIFA and FIFA's reply