Match-fixing
- attacking the core of sport

A threat to sport and society at large

Match-fixing eradicates one essential value of sport: Its unpredictability. But fixing competitions does not only undermine the credibility of sport and the related betting industry. It involves organised crime and thereby constitutes a threat to society at large. That is why Play the Game decided to raise the issue already and 2005 and has made it a main theme for our work ever since. On this page you can find a number of sources and references on this crucial issue.

Meet the experts: How to combat fixing

At Play the Game 2013 conference in Aarhus, match-fixing was one of the major themes and a long list of world renowned experts from Interpol, Europol, the European Council and more presented the latest approaches to combatting this threat to sport.

Find a selection of articles and presentations below:

Match-fixer: I did it to survive 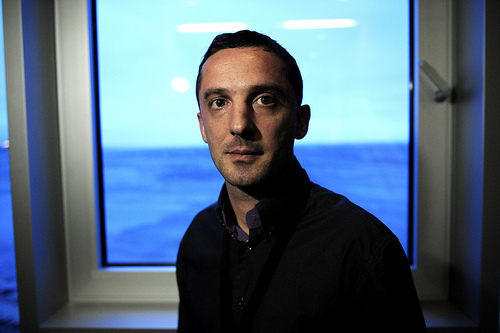 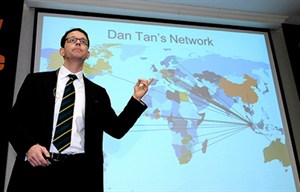 Canadian match-fixing exposer Declan Hill is one of the main experts in the area and the author of two books. He also runs a blog with regular updates on the current discussion about illegal betting and match manipulation.

At Play the Game 2013, he detailed a global match-fixing network allegedly controlled by Dan Tan, an Asian businessman who was arrested by Singapore police in September 2013. 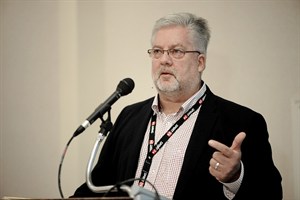 A new international convention designed to combat fixing and manipulation in sport is ready to be signed by Ministers from around 50 countries in September 2014. The convention was presented by Harri Syväsalmi, the Chairman of the Council of Europe’s Expert Group on Match Fixing at Play the Game 2013.

The convention will involve the formation of national platforms designed to address the issue and national contact points bringing together all those with an interest in preventing match-fixing.

Read more about the convention here

Other relevant 2013 conference material about match-fixing:

On tackling match-fixing and illegal betting
The approach to illegal betting at the London 2012 Olympics including embracing reports from the media should be an exemplar for future Olympiads, argued British sports lawyer Kevin Carpenter at Play the Game 2013. More

Match-fixing: Small risks, enormous rewards
Football matches are fixed on a regular basis by criminals, an EU law enforcement official told Play the Game this morning, because for them it makes economic sense. While the rewards are often great for the fixers, Nick Garlick, a Senior Specialist at Europol’s Organised Crime Networks, said that a broad network of agents and middle men help shield them from the law. More

Target fixers ahead of players, investigator says
Match-fixing is the "most serious threat to sport as we know it today," former Interpol match-fixing investigator Chris Eaton told the Play the Game conference. More

More about match-fixing from previous Play the Game conferences

Article:
Warning: “Anyone Can Fix”
Match fixing is going through the same transition as popular music sales went through in the 1990s when it went online, author Declan Hill told delegates at the 2011 Play the Game conference. Asian sport is already much destroyed, he claimed, and if allowed to continue unabated, match fixing “will destroy modern sport” across the world. More

Video: Watch a video from the session

From Corruption to Triumph: Exposing the Corruption and Cover-Up in the Jason Lezak case - Steven V. Selthoffer

Video: Watch a video from the session

Match fixing: coming to a stadium near you
The rumours are no longer rumours. They are facts. This was the message delivered by Declan Hill, one of the world’s leading experts on soccer match fixing. Speaking on the first day of the Play the Game conference, Hill gave a detailed account of his experiences investigating bribery and corruption in soccer over the past ten years. More

Declan Hill' presentation on video: Match fixers: They are here. What are we going to do now?

A level playing field? Don’t bet on it
The old adage that it “takes a crook to catch a crook” became a reality when a former New York crime chief provided a fascinating insight into how match fixing takes place in the USA. More

Watch the session on video: Match-fixing: A blow to the core of sport
Part 1 and part 2 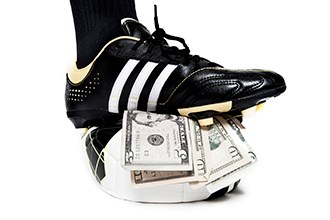 Council of Europe
The Council of Europe has adopted a new “Convention on the manipulation of sports competitions”. The covention commits the member states and sports organisations to raise their efforts in the fight against corruption on the sports arena and against illegal betting.

Ministers from around 50 countries are expected to sign the convention at a conference in September 2013.

Council of Europe Convention on the Manipulation of Sports Competitions

FIFA
In 2006 FIFA formed an Ethics Committee, later renamed Committee for Fair Play and Social Responsibility that works independently of the Executive Committee of FIFA. Coupled with this FIFA launched its Early Warning System GmbH (EWS) in 2007, designed to monitor betting on FIFA tournaments and ensure it does not have an effect on the matches.

In May 2014, FIFA issued a set of recommendations aiming to form strategies and procedural guidelines in the case of match manipulation incidents.

UEFA
In UEFA’s latest executive meeting, in January of 2010, they restated their zero tolerance policy for any corruption in European football. Similar to FIFA, UEFA have taken steps to create an early detection system for betting fraud. President Michel Platini has admitted that it is a real problem and that, “We cannot treat this lightly.”

ICC
The International Cricket Council (ICC) is a self-proclaimed leader in the fight against corruption. In 2000 the ICC formed an anti-corruption unit following huge controversy. The Anti Corruption and Security Unit as they are called, aim to investigate, educate and prevent.

ATP
In 2008 ATP, the International Tennis Federation and the Grand Slam Committee appointed a Director for it’s new Tennis Integrity Unit, as well as adopted an Anti-Corruption Code across the sport. These moves were inline with the 15 recommendations that were handed down after the Environmental Review of Integrity in Professional Tennis report was published.

Snooker
The World Professional Billiards and Snooker Association adopted an anti-corruption unit in 2010 to investigate match-fixing allegations. Its primary purpose is to look into any suspicious betting patterns and match fixing allegations from the last few years. The unit will also work with the Gambling Commission’s integrity unit to investigate any cases of alleged corruption.

COMPPS
2010 saw the major Australian sport leagues come together to fight corruption. The Coalition of Major Professional and Participation Sports was formed by the Australian Football League, Australian Rugby Union, Cricket Australia, Football Federation Australia, National Rugby League, Netball Australia and Tennis Australia. The industry-represented group will aim to uphold the integrity in sports gaming as its number one priority.

ESSA
The European Sports Security Association (ESSA) was established in 2005, by major European sports book operators to monitor irregular betting and inside betting. ESSA looks to be the guardian of sports integrity by utilizing an early warning system to alert its members of any suspicious betting. FIFA, UEFA, EPFL, The FA, DFB, ATP, ITF, WTA and IOC all are participatory members in ESSA.

IOC
The International Olympic Committee (IOC) created the Ethics Commission in 1999 to guard the ethical principles of the Olympic movement. Its main purpose is to make recommendations of measures and sanctions to both the IOC Executive Board and Session. The Commission also has other functions. The first being to continuously update the Code of Ethics and circulate these texts to all involved with the IOC.

On top of this the Commission has the authority to prevent and advise confidentially to the IOC. The IOC as also adopted an early warning system called International Sports Monitoring GmbH (ISM) that like many similar systems is designed to detect any irregular betting. If something is flagged ISM alerts the IOC so it can investigate the case.

ICSS
The International Centre for Sports Security (ICSS) is an international, not-for-profit organisation based in Doha, Qatar, working to promote and protect the integrity and security of sport, with a special focus on match-fixing.

For over two years, the Sorbonne-ICSS Research Programme on Sport Integrity has conducted an in-depth assessment of the scale and scope of sport corruption, sport betting and betting fraud. The report was released in May 2014.

Guiding Principles to Protect the Integrity of Sports Competitions: