Mega-events and democracy
- focus on Brazil

The interaction between Brazil and the world is growing by the hour as the FIFA World Cup and the Rio 2016 Olympics come nearer. Brazil is facing a number of new challenges coming from the outside world as well as from the inside.

This Play the Game theme page takes a closer look at Brazil in connection with the upcoming mega-events, the challenges they present and the issues they create.

Find more news about Brazil and the 2014 FIFA World Cup.

The Olympics and Paralympics in Brazil: Who takes the prize?

Under the umbrella of the International Council of Sport Science and Physical Education (ICSSPE), associate professor Katia Rubio and Jens Sejer Andersen, international director of Play the Game have asked a series of insightful authors to describe the status quo for Brazilian society and Brazilian sport as the preparations of the Rio Olympics are nearing its deadline.

The contributions are published in the 70th edition of ICSSPE’s Bulletin to which Play the Game’s readers have exclusive and free access. Play the Game invites you to study the article overview and pick the articles that is of most interest to you by clicking here, hoping that you will find the reading inspiring and useful.

Play the Game and Brazil 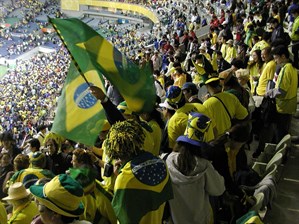 Mega-events and Brazil at Play the Game 2013

Brazil and the various issues the country is facing with regards to the 2014 World Cup and 2016 Olympic Games was a theme, which was largely debated at the Play the Game 2013 conference, 28-31 October 2013 in Aarhus, Denmark.

Play the Game has gathered the material related to Brazil on these pages and invite you to take a look at the many articles, presentations, audios and videos about the subject.

Play the Game day in Brazil

A large part of the information presented on this page was gathered in connection with Play the Game's one-day seminar in São Paulo on 24 October 2012 titled 'Mega-events and Democracy: Risks and Opportunities'.

It was an experiment that went well beyond the optimistic expectations and gathered 85 journalists, academics, sports leaders, business executives and students to the one-day seminar.

Find more information and material from the seminar here

The battle of Maracanã
The turmoil surrounding Brazil's former national stadium reflects the conflicts that characterise the country in the preparations for the 2014 World Cup and 2016 Summer Olympics.

Brazilian corruption fighters face resistance
There are so massive national interests at stake when Brazil hosts the World Cup and the Olympic Games that the government has to play an active role against the corruption that follows. But consideration of the sports movement and the autonomy of the Brazilian states set certain limitations. 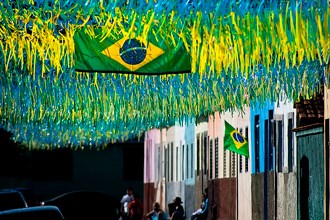 Brazilian stadium legacy may end up below international average

The legacy of the 12 new or refurbished stadiums for the 2014 FIFA World Cup in Brazil will all fall below international average if nothing is done to strengthen the plans for their after-use. 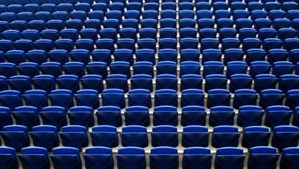 Read the annex from October 2012 to the World Stadium Index here.

Read the full report about the World Stadium Index here.

Read Brazilian member of congress and former national football star Romàrio’s comments on Play the Game’s Brazilian stadium legacy research, where he urges the Brazilian government to follow the discussions during the Play the Game day. 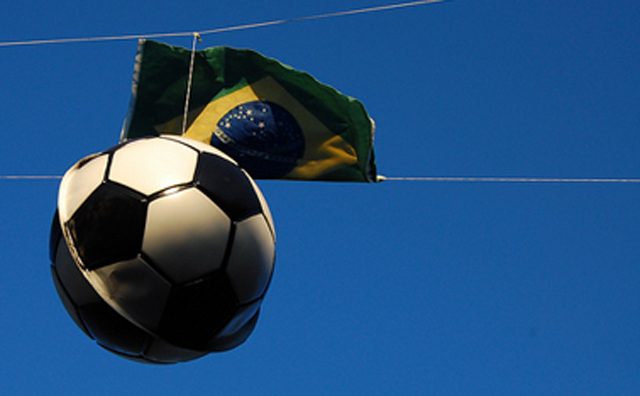 A football cup of political significance and maximum security - 14.06.2019