The conference, titled "Challenges for Football", took place 20-21 June 2011 at Aarhus University during the U-21 European Championships in Denmark.

Sports journalists, sports leaders, sports practitioners, academics and others were invited to participate in the two-day conference.

The aim of the conference was to share information and knowledge about football in a broad perspective. At the same time, the event provided opportunity for networking and promoting international cooperation in this field.

During the conference participants from various countries presented scientific approaches, current studies, and experiences with a focus on football.

See presentations from the conference here

News from the conference

The conference took place at

Four themes were explored at the conference :

One of the leading sport economics in the world, Stefan Szymanski, will give his opinion on the question: Is it possible to regulate European professional football better through the new licensing system, and is the system going to improve the financial stability of the clubs and the enormous excitement for European league football in the public?

UEFA and the development of grassroot football
Technical director Andy Roxburgh, UEFA
An insight into the strategies, priorities and results of UEFA's programmes to develop football for all in Europe. 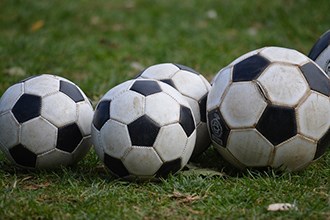